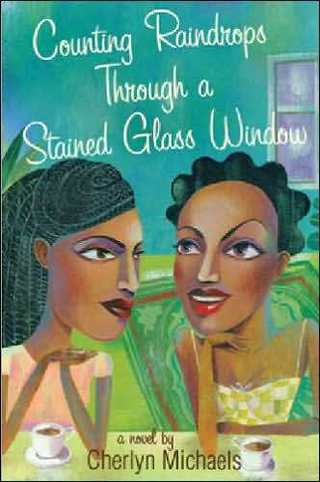 "Is this what you want me to do?" I remember my father asking as he flung his right leg out of the second story window of our two-family flat in St. Louis.

August's late-night breeze blew waves into his earth-brown polyester shirt. His narrow eyes were framed by three heavy creases in his forehead. Even from the far end of the makeshift bedroom that transitioned into the living room where he straddled the ledge, I could hear the quick, frantic heaving of his breath. His ashy hands clutched both sides of the white wooden ledge as chipped paint fell to the tattered carpet.

My father continued to hurl fever-pitched words at my mother, who calmly ironed the day's laundry and appeared to be completely unaffected by the unfolding drama. He seemed totally ignorant of my presence at her feet. Or perhaps he thought that a three-year-old brain hand not yet developed the capacity for storing long-term memories, and that in a few seconds this scene would be permanently rubbed out of my mind.

"I'll jump if that's what you want me to do. Just say it. Just tell me to jump and I'll jump." Dad leaned his right shoulder outside of the window a little farther. He maintained a secure grip as he straddled the ledge and sustained his balance with his left hand.

I remember dropping the multicolored LEGO pieces that I'd been fiddling with for twenty minutes or so. It wasn't like I could build a masterpiece out of the yellow, red, and blue rectangles. Besides, I thought the little scene that Dad was creating was a lot more fascinating. At the time, I wanted to see him jump. I wanted to see him jump and then see the word "Splat!" in big fat black letters floating up to the window inside a balloon. I smiled at him in anticipation.

"Jesse, come on now," Mom said without looking up. She signed heavily through her nose as she ironed a bed sheet. When Dad continued, the corners of her mouth curled as her jaws tightened. "Don't you see the baby right here? What are you trying to do--traumatize the girl? If you keep on you're going to wake Babysista." Mom gestured with her head toward the open door of the second bedroom just inches behind us.

"Tell me, Veda. What do you want? What you want me to do? Huh?" Dad repeated.

"Tell me, Veda. What do you want? What you want me to do? Huh?" Dad repeated.
Mom had had enough of Dad’s tirade. She slammed the iron down in its upright position. It fell over, iron-side down. She gripped it again, raised it to its upright position, and dared it with her eyes to fall again.

You left, Jesse. You left. You left your kids. You left me. For five months! Now all of a sudden you’re back? Suddenly you decide you want to come back and just like that I’m supposed to say okay?” She waved her hands and pointed her finger for emphasis. “No explanation, no reason from you, no nothing?” Mom’s face crumpled. She gasped, threw her arms in the air, and shook her head from side to side.

“I made a mistake. I said I was sorry. If that’s not good enough for you, then I’ll jump. Just tell me that’s what you want and I’ll jump. I’ll jump right now.” Dad shifted and moved his rear toward the outside of the window ledge. He deftly leaned down and gripped the inside of the ledge tighter. His calculated balancing act was deserving of a Tony Award in this one-man off-Broadway play.

“Jesse, stop it!” Mom finally yelled. I think she started to believe that the fool might actually jump. “Jesse, Van’s right here. What are you doing?”

Mom reached down and covered my face for a very brief moment. By that time, I was already clinging to the hem of her dress and tears were on the verge of spilling over the bottom rim of my eyelids. I didn’t know what was going on, but I knew it wasn’t a funny show anymore. Something had changed. I didn’t understand what, but things took a turn for the worse. I wrapped my arms around Mom’s right leg and began to whine. It seemed appropriate. Maybe it would make Dad stop.

“Just tell me to do it and I will. Whatever you want, Veda. Just tell me. All you got to do is say it.”

Dad had shifted more to the right and now gripped the bottom of the window ledge with his lower left leg and his left arm. He was confident that he had his balancing act under control.

A smile developed behind his eyes. Satisfied with the reaction he’d garnered from her, he lifted his left arm to pull himself back inside. As he reached in, the disproportion of his weight across the ledge caused him to slip farther outside of the window. Dad’s eyes widened, his mouth opened as if he was trying to call out but couldn’t. His eyes now harbored panic. His left arm fell against the inside of the ledge and began to slip upward as the weight of his body pulled him down.

“Jesse!” Mom screamed. When Mom screamed, I screamed, and then, as if to fall in line with the women of the family, Babysista wailed from the bedroom behind me.

I cried out as Mom grabbed Dad’s left hand. She couldn’t hold it. His hand was slipping from hers. She kept repositioning her hands over his sweaty one, cupping it and trying to pull it close to her pregnant belly, but it kept slipping from her grasp.

“I love you, Jesse. I love you!” Mom yelled. She was crying and panting and struggling to pull him in. Dad’s mouth was open and silent. He shifted his leg back over the top of the ledge and searched for a groove in which to anchor the heel of his foot. His movement slowed as his eyes anxiously searched Mom’s for a miracle.